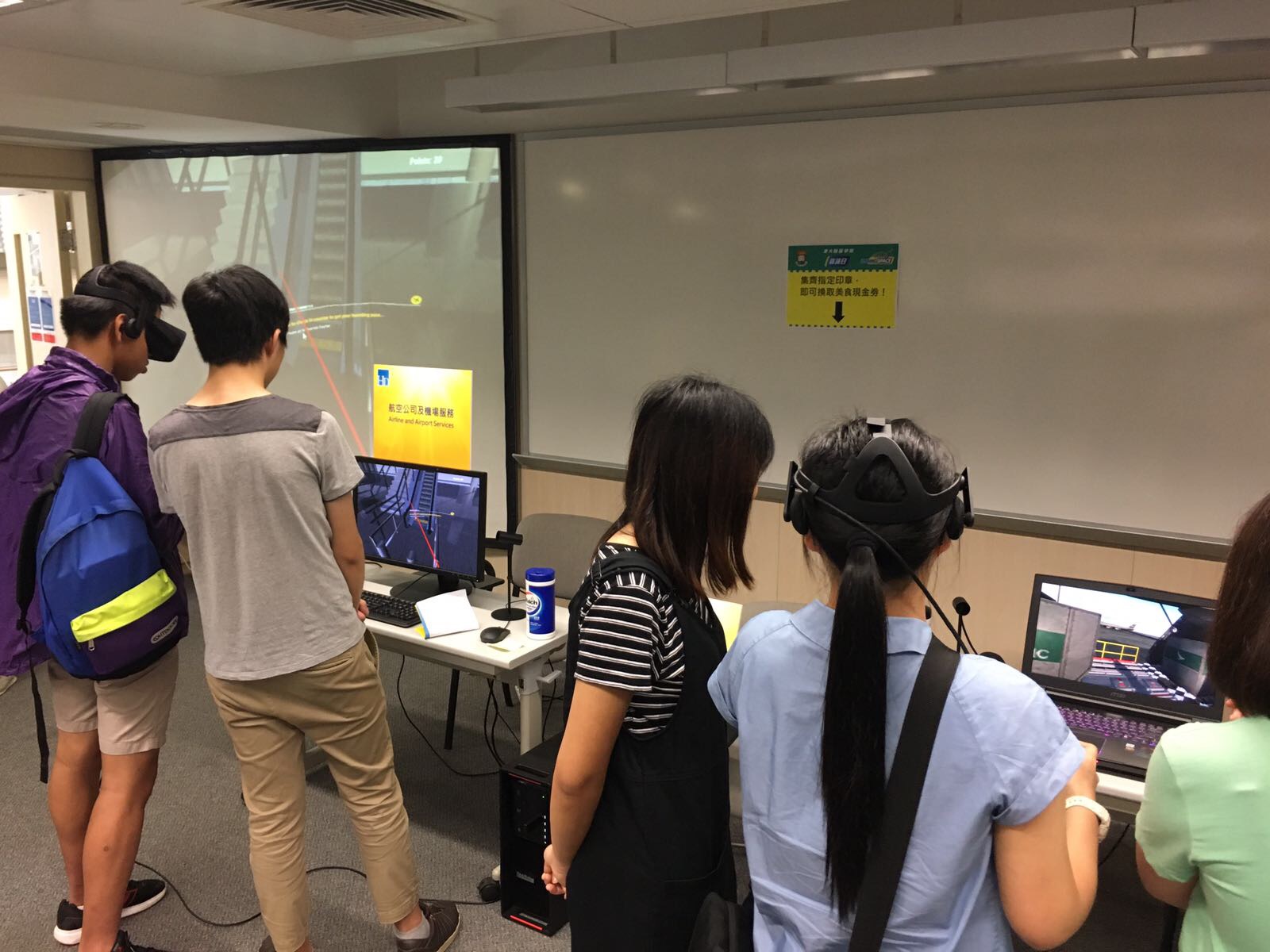 How do students perceive VR? How does the immersive experience benefit students? The E-learning Team interviewed two students, Miss Kaman Lam and Mr Sam Liao, from Higher Diploma in Aviation Studies on 3 July 2017 and they shared their views and experiences in VR in their studies.

How did you learn from VR? What are the benefits of VR to you?

Kaman:  As students, we do not have much opportunity to experience a real aviation environment. Through the use of VR, we can see a simulated environment like the restricted areas in the airport and experience it as an alternate reality. For example, we can experience controlling a lifter at the airport apron and gain a better understanding of daily operations at the airport. We as passengers can also ‘check-in’ and get the boarding pass through VR. What is more, we can also utilise VR to experience the ‘check-in’ process from the perspective of being a ground service attendant at the check-in counter. Most interestingly, we can play the role of a pilot to take off and land a plane and to deal with emergencies like air turbulence and climate change, such as storms and rain.

As students, we can use VR to experience aviation.  We can gain some ‘real experiences’ which make our learning more interesting and engaging.

Sam: Based on my experiences, I think VR can be incorporated into 2 modules of the Aviation Studies programme, namely Air Traffic Management and Airline Operation Management, which teach learners the airport operations. With the use of VR, we can feel the real aircraft standing by at the airport apron rather than just looking at the photos and slides taken from the restricted areas.

In addition, except for the animated people figures at the scene, VR shows reality with 80% to 90% accuracy. For instance, the Airport Terminal in the system updates the change of weather environment in accordance with the real world. Being linked up to the airport system, the VR system can show the updated flight information on the display board.  As students, we can control the weather environment for practice. Thus, VR can fully facilitate effective training for the learners’ future working environment.

What are the disadvantages of VR to you and your classmates?

Sam: The disadvantage of VR is that we may have motion sickness. In addition, the setup of the VR system that acts on users’ spatial imagination may upset the effectiveness of the learning experience. Therefore, the setup of the system, such as the number of sensors and their relative positions, needs to be considered properly.

The current system is a single-user one. However, in real life, there will be different people at the scene. It would be better if the VR system were a multi-user one.

(Note from Dr Lam: The School has submitted an application for more funding for a multi-user system.  Hopefully, the learning environment will be improved.)

Mr Sam Liao is a graduate of the Higher Diploma in Aviation Studies from HKU SPACE Community College. After completing his top-up degree, he joined a helicopter company. With his 3-year work experience in this company, he is now a senior flight dispatch officer with the duties of communicating with flight crew and preparing necessary in-flight documents. He assists in applying for documentation of special flight approval. He strives to work in the flight operation field.

Miss Kaman Lam finished the HKU SPACE Applied Learning Aviation Studies and has just completed the first year study of the Higher Diploma in Aviation Studies at HKU SPACE Community College. She has built up her interest in aviation during her Applied Learning Studies. She desires to start her career in aviation like cabin crew or air traffic controller. 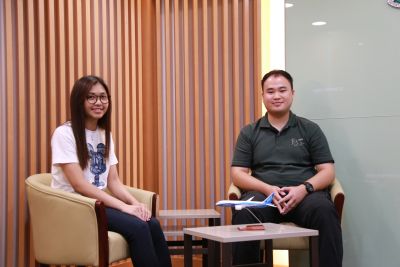